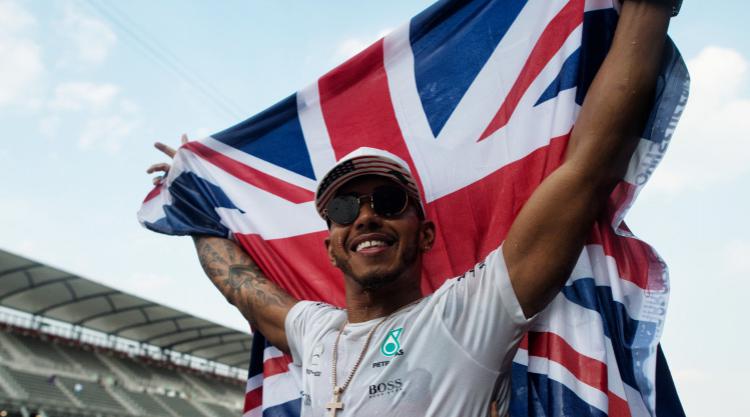 After 19 races over eight gruelling months, Formula One heads to the Middle East for the concluding grand prix of the season.

Abu Dhabi's Yas Marina Circuit is the stage for the final round - and here, Press Association Sport looks at five key talking points ahead of Sunday's race.

Lewis Hamilton was afforded a champion's welcome when he returned to the Mercedes factory for the first time since sealing his fourth championship. The 1,000-strong staff at the team's Northamptonshire headquarters in Brackley and Brixworth - who are all at least Â£10,000 richer following the team's bonuses for clinching another constructors' championship - provided Hamilton with a guard of honour to celebrate him seeing off Sebastian Vettel to the title with three rounds to spare. "This a very emotional day, and I was not expecting this," Hamilton said. "It is something that I will never forget." The British driver will bid to see out his championship-winning campaign with his 10th victory of the year before heading to France for the prize-giving gala which will be staged at the Palace of Versailles next Friday.

Can Vettel close out runner-up spot?

With both the team and driver championships already settled, there is largely only pride to play for in Abu Dhabi on Sunday. For Vettel however, who led this year's championship battle until the 13th round of the season, the German will be hoping to save face by securing second place in the standings. Following his win at the most recent Brazilian Grand Prix - his first since July - Vettel moved 23 points clear of Valtteri Bottas meaning he needs to finish only ninth on Sunday to guarantee the runner-up spot. Bottas has won two races this year, compared with team-mate Hamilton's nine, and the Mercedes driver admitted he wanted a greater haul of victories following his move from Williams. "It has been a tough year," Bottas said. "I was definitely hoping for more."

Kubica given another chance to impress

Robert Kubica will be handed his third run-out with Williams at next week's tyre test in Abu Dhabi. The British team are still to reveal their driver line-up for 2018, with Kubica in the frame alongside Daniil Kvyat, Pascal Wehrlein and Britain's Paul di Resta. Should Williams call on Kubica to partner Canadian Lance Stroll then it will cap one of the most remarkable comebacks in sporting history following the Pole's horrific rally crash back in 2011. Indeed it was this very race, seven years ago, in which Kubica last turned a wheel of a Formula One racing car in anger. Williams, who will finish a lowly fifth in this year's constructors' championship, are due to make an announcement after the season finale.

Alonso in Bahrain ahead of Le Mans shot

Double world champion Fernando Alonso has ramped up his preparations for January's Daytona 24 Hours race after competing in two tests ahead of the sportscar event. Alonso, 36, completed more than 100 laps at a World Endurance Champion rookie test in Bahrain last Sunday before getting acquainted to the LMP2 Ligier at a further test in Aragon on Tuesday. "Obviously, we are on a really tight schedule between now and Daytona, but it was nice to jump in the car for the first time," Alonso said. "I'm happy with everything. The car felt great and the team were fantastic." Alonso's sportscar debut at Daytona will come ahead of his likely Le Mans debut next summer as he continues his pursuit of motor racing's Triple Crown.

George Russell, the streaky teenager from King's Lynn, Norfolk, is to be given another shot by Force India in opening practice on Friday. The 19-year-old, who made his grand prix weekend debut in Brazil where he finished a commendable 12th, will take part in the first session in place of Esteban Ocon. Meanwhile, Lando Norris, the soon-to-be McLaren reserve driver, will make his Formula Two debut this weekend for Campos Racing. Englishman Norris, 18, was due to take part in a tyre test for McLaren in Brazil last week, but the test was cancelled amid security fears.