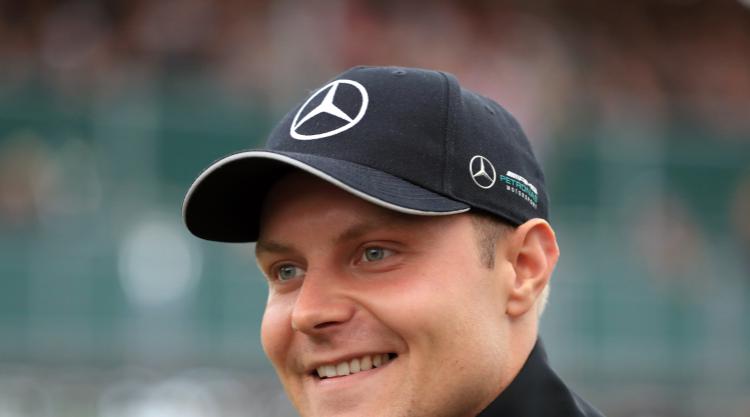 Lewis Hamilton has called for changes to Formula One's season-ending fixture after a lacklustre conclusion to his world championship-winning campaign in Abu Dhabi on Sunday night.

Hamilton finished behind his Mercedes team-mate and race winner Valtteri Bottas, while Sebastian Vettel completed the podium places, following a race which will not live long in the memory.

Abu Dhabi has become the stage for Formula One's season finale - indeed it pays a premium to do so - and it is one played out against the backdrop of an exotic harbour and thousands of floodlights.

But the 3.3-mile Yas Marina track is notable for its lack of action, and aside from Daniel Ricciardo's hydraulics failure and Carlos Sainz's dodgy tyre following a pit-stop error by his Renault team, it was yet another race here to pass off without incident.

Last year's grand prix only came to life after Hamilton defied Mercedes' team orders and backed up the pack in a fruitless bid to prevent Nico Rosberg from winning the championship. Hamilton hustled Bottas on Sunday, but the Finn's lead rarely appeared in danger.

"They've got to change this track," Hamilton, 32, said. "It's just impossible to overtake. You have to have a 1.4 second advantage on the car in front. Valtteri and I have got the same car, and there's not 1.4 seconds between us in ability.

"You have the long straights where you can't even get close enough to utilise them. If there is some way to enable us to remain closer, it is a track which will go up in the rankings, but I don't know if they can change it. I know there's money to do it. I have hope for Abu Dhabi to get better."

Hamilton cemented his status as one of the sport's all-time greats in Mexico last month by joining an elite band of drivers to have won the world championship on more than three occasions.

He vowed to end the season with a bang, but after finishing ninth in Mexico, recovering from last to fourth in Brazil, and a second-placed finish here, the Briton will start the defence of his championship off the back of a three-race winless streak.

Bottas, who surrendered his lead to Vettel at the opening corner in Brazil earlier this month, made no such mistake in the desert.

Supported by his wife Emilia - a former Finnish Olympic swimmer - and ex-Liverpool defender Sami Hyypia, Bottas blasted out of the starting blocks and fended off Hamilton on the short drag to the left-handed opening turn, with Vettel slotting in behind.

With six laps to go, Bottas made a mistake when he got out of shape through turn five which saw Hamilton move to within half a second of his team-mate. But the newly-crowned four-time champion failed to make a move, and Bottas took the spoils.

"A big congratulations to Valtteri because he did an amazing job to hold me off," Hamilton added. "I gave it everything. Valtteri did a great job this weekend and this year."

For Bottas, it marked his first victory since July and only the third of a campaign in which he has been outclassed by Hamilton.

"We Finns don't show emotion but it doesn't mean we don't have any," Bottas added. "I'm so happy. It is a really important win after a difficult start to the second half of the year."