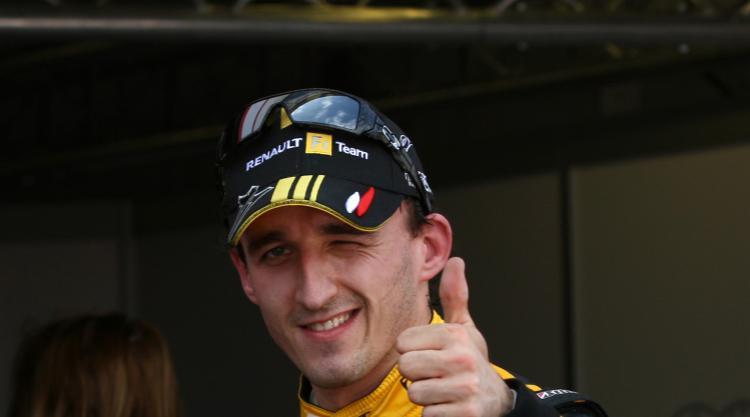 Robert Kubica will be given one final audition to stake his claim for a seat at Williams next year after it was confirmed he will test for the British team following this week's final race of the season in Abu Dhabi.

Kubica, the 32-year old Polish driver who has not competed in a Formula One race for seven years following a harrowing rally crash in 2011, will take part in the two-day tyre test which follows the conclusion of the Abu Dhabi Grand Prix.

Russian Sergey Sirotkin will share the testing duties with Kubica as Williams determine their line-up for next year.

Canadian Lance Stroll is already confirmed for 2018 but Felipe Massa's impending retirement - Sunday's race at the Yas Marina circuit marks his final one in the sport - leaves a vacancy at Williams.

Daniil Kvyat, Pascal Wehrlein, Britain's Paul di Resta and Sirotkin are potential candidates, but it is Kubica who leads the way to complete what would be considered as one of sport's most remarkable comebacks.

It will be Kubica's third test for Williams following run-outs at Silverstone and the Hungaroring. He also tested for Renault earlier this year, but the French team had reservations about the fitness of the one-time grand prix winner and opted to sign Carlos Sainz instead.

"The test is aimed at evaluating 2018 candidate tyres on behalf of the F1 tyre supplier Pirelli," Williams said in a statement.

"Williams are excited to have this opportunity to assess the new tyres across such an interesting array of drivers: Lance, as confirmed race driver for 2018, Robert with his huge experience, and Sergey as a very promising young talent in F1."