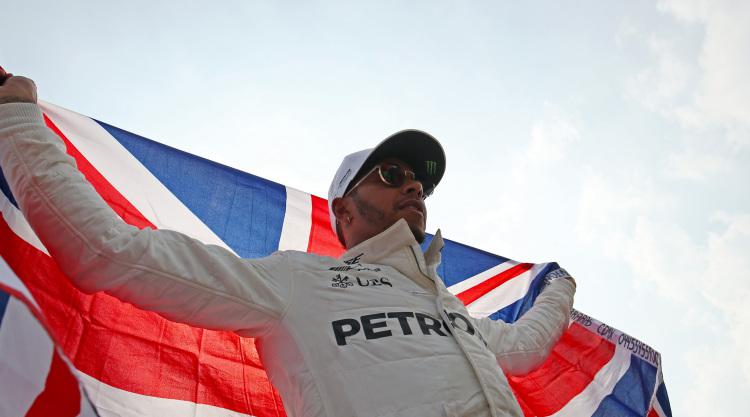 The curtain has fallen on the Formula One season after Abu Dhabi played host to the final race of the year.

Lewis Hamilton claimed his fourth world championship after taking an unassailable lead over Sebastian Vettel with three rounds to spare.

Here, Press Association Sport runs the rule over the class of 2017.

A near-faultless performance by the 32-year-old Briton to surpass Sir Jackie Stewart as the country's most decorated driver. Off the pace at early races in Russia and Monaco but delivered a mesmerising second half of his campaign - which included winning five of the six grands prix staged since the summer break - to clinch the championship with three races remaining - 9 (out of 10).

Started the season on the front foot, claiming the first pole position of his career at the third race in Bahrain before outclassing team-mate Hamilton at the next with his opening win in Russia. But despite recording further victories in Austria and Abu Dhabi, the former Williams driver has been unable to live with Hamilton, and will face a stern fight to convince Mercedes to stick with him in 2019 - 6.

Led the championship for 12 of the 20 races but crumbled under pressure. Scuppered certain victories in Baku (penalised for deliberately swerving into Hamilton), Singapore (crashed out from pole) and Mexico (damaged his front wing after a first-lap collision with Hamilton), too. Unfortunate with technical gremlins in Malaysia and Japan, but should have taken Hamilton to the wire - 6.

A steady campaign for the veteran Finn but not in the same league as team-mate Vettel. Willingness to play second fiddle has earned him another one-year deal with the Italian team, but could be on his way out in 2019 if Ferrari punt for Daniel Ricciardo - 5.

Candidate for Move of the Year after he passed three cars at one corner en route to winning a chaotic Azerbaijan Grand Prix. Finished fifth in the standings, but has been overshadowed by team-mate Max Verstappen since the summer break. Out of contract at the end of 2018 and could be tempted by pastures new - 7.5.

Failed to finish five of the opening nine grands prix due to an unreliable car and hinted he could look beyond Red Bull. But has excelled in recent races - with wins in both Malaysia and Mexico - and was rewarded with a bumper new deal to stay at Red Bull for a further three years - 8.

A solid campaign and finished seventh in the standings as best of the rest behind the Mercedes, Ferrari and Red Bull drivers. Came through a turbulent spell with rookie team-mate Esteban Ocon after they collided twice in Belgium - 7.5.

One of the year's strongest performers. The lanky Frenchman set a new F1 record by finishing the first 27 races of his career and has finished outside the top 10 on just two occasions this term. Will be a contender to replace Bottas at Mercedes in 2019 should they part company with the Finn - 8.

Returned to help Williams out of a sticky spot following Bottas' departure to Mercedes and is finally bringing the curtain down on a career which should have ended here 12 months ago. There has been little to separate him and rookie team-mate Lance Stroll which says all you need to know - 4.

A podium finish in Baku and front-row start in Monza have been the highlights for the Canadian teenager, but he has done little to prove he will be a star of the future. Will drive for Williams again next year but could be shown up if a fully-fit Robert Kubica becomes his team-mate - 4.

In terms of results, arguably the double world champion's worst year. But the 36-year-old Spaniard has still managed to out-perform a McLaren car lacking in Honda power. Remarkably he was in contention to win on his Indianapolis 500 debut before his engine gave up. May return to the sharp end in 2018 if new Renault engine is up to scratch - 8.

Struggled to live with Alonso's pace at the opening grands prix, but the Belgian rookie has gently proved his worth as the season has worn on. There will be nowhere to hide next year if the McLaren-Renault package proves a contender, with British teen sensation Lando Norris waiting in the wings - 7.

Drafted in by Toro Rosso at the Malaysian Grand Prix in October after they axed Daniil Kvyat. Car has been largely unreliable during his short stint. Will be desperate to make his mark next year - 5.

A debutant at 27, Hartley became the first New Zealander to take part in a Formula One race for more than four decades. Handed his F1 bow in the United States and has done enough to prove he deserves a chance in 2018 - 5.

A steady haul of points in his first year at Renault. Blew away British driver Jolyon Palmer but will face stiffer competition from Carlos Sainz next term. Finished sixth on four occasions this year - 7.

Impressed at Toro Rosso and has been rewarded with a drive at Renault. Another strong year will put him on the radar of the sport's big players - 7.

The Frenchman, best known for his radio grumbles, has had an average campaign at a team which has failed to leave a mark on the sport's imagination - 5.5.

Caused some controversy following an X-rated bust-up with Hulkenberg in Hungary, which was screened live on television, but a largely anonymous year for the former McLaren driver - 5.

Has managed to forge a four-season career in the sport despite a host of underwhelming performances - 3.

Missed the first two races of the year with a back injury and despite his links to Mercedes his stock has fallen. Faces a fight to save his grand prix career - 4.5.