5 things we learned from the Brazilian Grand Prix 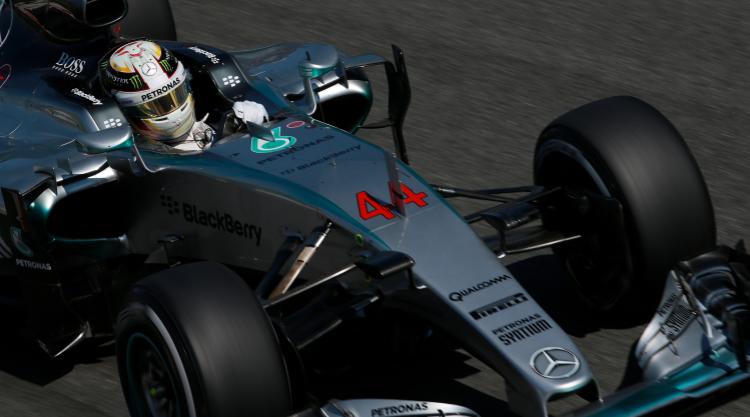 Lewis Hamilton delivered a champion's drive to fight back from last to fourth at the penultimate round of his title-winning season in Brazil.

Sebastian Vettel claimed his first victory since July, but it was Hamilton who stole the show on Sunday with his gallop through the field.

Hamilton believes he could have won

While Sebastian Vettel recorded his first win since the summer break, Hamilton was the real star as he sliced his way through the field. There are few greater spectacles in sport than watching the quadruple world champion with the bit between his teeth - and Sunday's race against the backdrop of Sao Paulo was a prime example. It took Hamilton just 20 laps of the relatively short Interlagos track to progress from last of the 20-strong field to fourth - and with 50 laps still remaining Hamilton admitted he had one eye on doing the unthinkable and winning. "With the speed I had, I could have won the race," Hamilton said. "But at least it was a good show." Amen to that.

Hamilton may be this year's champion, but Vettel spent the majority of the season top of the standings. His charge imploded in the three grands prix staged in the Far East. He was at fault for crashing out in Singapore, while engine gremlins meant he finished only fourth in Malaysia, and did not finish in Japan. Also, who can forget his moment of madness in Baku where he threw away a probable win after he was penalised for banging wheels with Hamilton? His victory - thoroughly deserved after his gutsy pass on Valtteri Bottas at the first corner - was a reminder of what could have been but did at least go some way to lifting the dark clouds lingering over his Ferrari team.

Security in the spotlight after incidents

The penultimate round of the season was overshadowed by a number of armed hold-ups outside the circuit. Hamilton's Mercedes team were exposed to the most harrowing ordeal when eight members - one of which had a gun held to his head - were robbed as they left the track at 10pm on Friday night. The FIA, Formula One's sporting federation, insisted on an increased police presence for the remainder of the weekend, but staff from Sauber were targeted on Saturday night and officials from tyre supplier Pirelli were also caught up in a hold-up after the race on Sunday - fortunately both groups escaped unharmed. Interlagos has a deal to host the Brazilian Grand Prix until 2020, but last week's harrowing incidents will put the future of the iconic race in doubt.

Felipe Massa said his final appearance in Brazil felt like a win as he held off a late charge from Fernando Alonso to finish seventh. We have been here before, of course. Massa, who planned to retire last year, was given an emotional send off by the Sao Paulo crowd after he crashed out of the rain-hit race. But this time, the 11-time race winner was adamant that enough really is enough. "Today I finished like I wanted," Massa said. "Last year I had so much love and emotion from the people but I didn't finish the race like I wanted. It definitely felt like a victory today."

British teenager Lando Norris will be handed his Formula Two debut at the final round of the season in Abu Dhabi later this month. Norris, who turns 18 today, will compete for Campos Racing in F1's feeder series at the Yas Marina circuit. Norris emulated Hamilton by winning the Formula Three championship last month and has been rewarded with the role of McLaren reserve driver in 2018. He will also take part in a two-day tyre test for the British team which gets under way at Interlagos tomorrow.