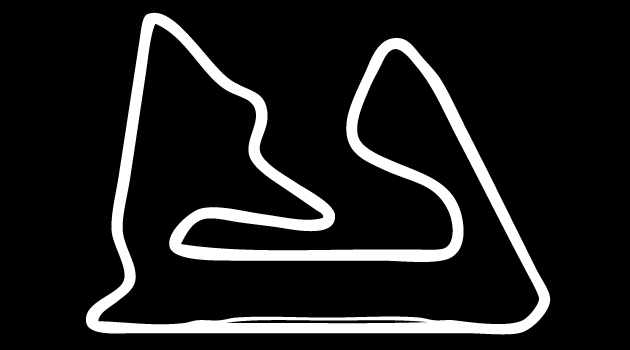 The Bahrain International Circuit was opened in 2004 and host a number of major events including the F1 Bahrain Grand Prix, FIA WEC, V8 Supercars and FIA GT. The longer 23 turn Endurance circuit used in F1 for 2010 has a lap record set by Fernando Alonso driving a Ferrari of 1:58.287. The shorter Grand Prix Circuit used from 2004-2009 and 2012 onwards has a lap record set by Michael Schumacher of 1:30.252 in 2004 driving a Ferrari. In all the track has six layouts with an Endurance Circuit, A flat Oval, Grand Prix, Inner Circuit, Outer Circuit and Paddock Circuit.

The DRS zone is on the pit straight at the Bahrain Grand Prix (starting 2012), so turn 1 is the prime overtaking opportunity. The corner itself is incredibly tight, and you have to break 100 metres before the corner and shift right down to gear one. The width of the track further adds to the overtaking possibilities.[10] Turns 2 and 3 are flat out and gaining a good exit can set up an overtaking opportunity into turn 4. The straight leading to turn 4 is very long, and the track at the corner itself is incredibly wide, at about thirty metres.[10] Turns 5, 6 and 7 make up a flat-out, high-speed, left-right-left 'S' section that leads into turn 8, a right-hand hairpin where taking a wide line can avoid the bump on the apex which unsettles the car.[11] Turns 9 and 10 are very challenging as they are two blind left-handers where cars must brake, downshift and turn simultaneously - they go from 205 km/h in gear 5 down to 63 km/h in gear 1 whilst trying to avoid locking up their inside front tyres.[10] The backstraight leads down into turns 11, 12 and 13, a medium-speed complex of corners. Turn 11 is a forth-gear left hander that leads immediately into the flat-out right hander of 12, then the third gear right-hander of turn 13 which requires a good exit to gain speed down the following straight. It is worth braking quite early for turn 14 to gain speed down the main straight.[11]If you brake about 100 metres before the apex then it is easy to keep it tidy through the slow right hander and you can also put the power down early, and gain speed all the way through turn 15 and the main straight (which is the DRS zone).