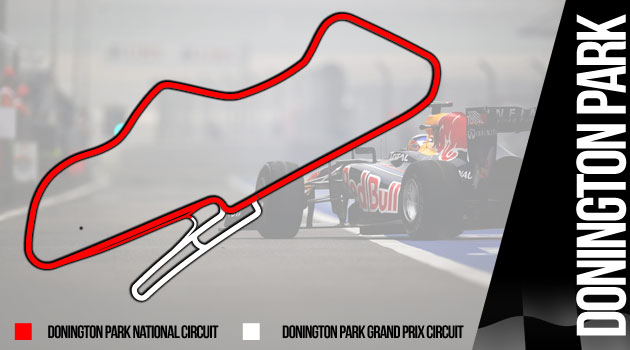 Donington Park is a motor racing circuit owned by the Wheatcroft Family that held one F1 Grand Prix in 1993, the European Grand Prix that was won by the great Ayrton Senna. A memorial to Senna who holds the lap record can be found at the park. The circuit itself has two layouts, a longer Grand Prix Circuit which as 12 turns and a shorter National circuit with 10 turns and is approximately half a mile shorter.

The circuit was shortly leased to Donington Ventures Leisure and for a time looked to be in the running to host the 2010 British Grand Prix. These plans fell through however and Donington Park returned to being run directly by the Wheatcroft family. The Wheatcroft-owned company Donington Park Racing took control of the circuit in late 2010, gaining events from both World Touring Cars and the World Superbikes, plus the inaugural Donington Historic Festival.

Milltek Sport's 450bhp+ Audi R8 on a track day at Donington Park in England. The R8 is following an Audi RS4 which is also fitted with a Milltek Sport exhaust system.