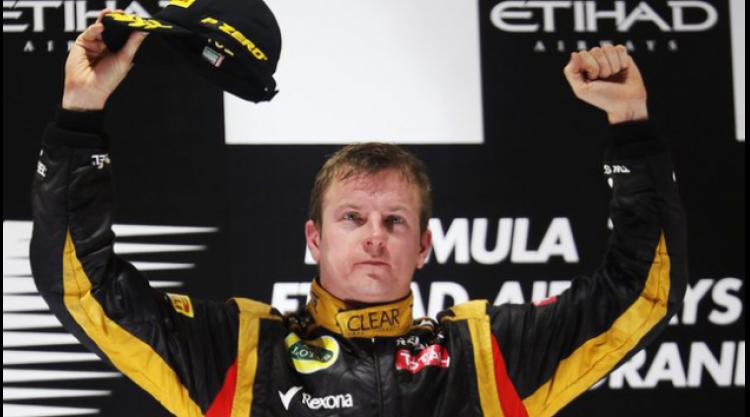 Kimi Raikkonen's early career staring in karting at the age of 10 years old, competing in Monaco when he was just 15.

Before his F1 debut Kimi raced in the Nordic karting Championship and European Formula Super A, Formula Ford Euro Cup and by the age of 20 he had won the British Formula Renault winter series of 1999.

Raikkonen's F1 start was with Sauber in 2001 when he tested for the team after his successful results in other championships.  Critics voiced concerns over granting an F1 Super Licence to such as experienced driver but after a solid debut year Sauber had its best result of forth place in the constructors championship.

From 2002-06 Kimi joined McLaren taking over from fellow Finn Mika Hakkinen, he scored a third place podium finish in his first race with McLaren during the 2002 Australian Grand Prix.
At the opening of the 2003 qualified 15th in the spare car, he also took a speeding penalty caused by a software error but managed to finish 3rd.  In Malaysia Kimi had his first Grand Prix win after starting 7th on the grid   The same year in Brazil Kimi was declared the winner after the race was stopped on lap 55.  A week later evidence emerged that Fisichella was on lap 56 when the race was stopped therefore the winner was decided at lap 54.  This granted the win to Fisichella with Raikkonen 2nd.

The 2004 season began with Raikkonen only claiming a single point in the first seven races. His McLaren, especially the Mercedes engine, suffered repeated breakdowns, allowing him to complete just two of the first seven events. After seven rounds Raikkonen had only one point to Michael Schumacher's 60. In Canada, Raikkonen made 5 pit-stops but was classified 5th since the Williams-BMWs and the two Toyotas were disqualified. At the United States Grand Prix, Raikkonen finished 6th.
At the French Grand Prix, McLaren rolled out the new MP4-19B. Raikkonen finished 7th behind his team-mate, David Coulthard. At Silverstone, Raikkonen took pole and went on to finish second behind Michael Schumacher. Following on from this encouraging display, the McLarens qualified on the 2nd row of the grid in Germany. Both cars got off to a good start, however Raikkonen lost his rear wing on lap 13 of the race while following race leader Michael Schumacher. He retired again from the Hungarian Grand Prix after starting from 10th place on the grid, again on lap 13. At the Belgian Grand Prix, Raikkonen qualified 10th, but took the lead on lap 11 and held on to it to take McLaren's only win of the season. He also took the fastest lap. The next weekend at Monza, Raikkonen again retired on lap 13, this time owing to electrical problems. At the next race in China, he finished 3rd, only 1.4 seconds behind race winner Rubens Barrichello.
At the Japanese Grand Prix, Raikkonen was shunted by Felipe Massa on the first lap of the race, which caused him handling problems. He later managed to make up some ground: he finished 6th, 2.5 seconds behind Alonso. At the last race of the season, the Brazilian Grand Prix, he overtook pole sitter Barrichello, even before they had reached Curva De Sol. Raikkonen later battled Montoya for the lead and finished 1 second behind him in 2nd. Raikkonen ended the year seventh, with 45 points, only one behind sixth placed Jarno Trulli, and four podiums.
Despite the disappointment of the 2004 season, Raikkonen was still seen as one of the rising stars of the sport, along with BAR's Button, Renault's Alonso and 2005 McLaren teammate Montoya. Many pundits predicted 2005 to be filled with great on-track battles from a resurgent team. He was also referred to by Ross Brawn and Jean Todt as a driver whom Ferrari might consider in the future. In early November 2004, Raikkonen announced his intention to create a racing team with his manager Steve Robertson, to be entitled Raikkonen Robertson Racing (otherwise known as "Double R"), which would compete in Formula Three in 2005.
Raikkonen's start to the 2005 season season was less than perfect. The car was reported to be too soft on its Michelin tyres, with the result that it was not generating enough heat to post competitive qualifying times - after 7 wins including Belgium, Monaco, Canada, Japan and Hungary he received the F1 Racing "Driver of the Year" accolade and Autosports "International Driver of the Year" award.
At the start of 2006 Raikkonen suffered electronic problems during the Friday practice and a rear suspension breakage during the first qualifying session starting 22nd on the grid - nevertheless he drove through the field ending 3rd behind Alonso.

The British Grand Prix at Silverstone saw Raikkonen qualify second behind Alonso and in front of Michael Schumacher. The running order was Alonso, Raikkonen, Schumacher until the second set of pitstops where Raikkonen was demoted to third by Schumacher, a position he held until the end of the race. In Canada, Raikkonen achieved another podium. In the United States Grand Prix, his teammate punted him out in an expensive seven car accident. The French Grand Prix saw Raikkonen qualify his car in sixth. His teammate was now former test driver Pedro de la Rosa in place of Montoya. Raikkonen ended the race in fifth. In Germany, Raikkonen qualified on pole. After a battle with Jenson Button, he finished the race for the first time in his career, ending in third place. Another pole came in Hungary, but he collided with Vitantonio Liuzzi after 25 laps, causing his fourth retirement of the season.

After the 2006 Italian Grand Prix, Ferrari announced that Raikkonen had signed a three-year contract with Scuderia Ferrari for the 2007–2009 seasons. Raikkonen said after the move that he was very happy with this change of events but wished McLaren the best of luck in the future. He became the teammate to Brazilian Felipe Massa, who had been driving for Ferrari since 2006. Following the retirement of Michael Schumacher and his new deal with Ferrari, Raikkonen was estimated to be the highest paid driver in F1, with a base salary reportedly worth $51 million annual.

Near the end of the 2009 season, Ferrari announced that Raikkonen would be leaving the team, despite having a contract to race for them in 2010. He would be replaced by Fernando Alonso.He was expected to return to McLaren alongside Lewis Hamilton but negotiations with the team failed. Raikkonen was linked to Mercedes GP but the team eventually signed Michael Schumacher and Nico Rosberg. Toyota F1, before it pulled out of Formula One, offered Raikkonen a driving contract to replace Timo Glock in 2010. The BBC reported that he refused the contract owing to wanting to drive a race-winning car, not to mention Toyota not offering a large enough salary.
On 17 November 2009, his manager Steve Robertson confirmed that Raikkonen would not drive in Formula One in the 2010 season.But during 2010 itself, rumours emerged once again about another possible Raikkonen comeback this time with the Renault team in 2011. This followed a resurgence in Renault's form, and the fact that the Russian Vitaly Petrov had yet to be re-signed like team-mate Robert Kubica. Team principal Éric Boullier claimed he had been contacted by Raikkonen in connection with a possible return, but said that although he was flattered by Raikkonen's alleged display of interest:

In the week before the 2011 Singapore Grand Prix, several news sources reported that Raikkonen was eyeing a return to Formula One for the 2012 season with Williams F1 after he was spotted at the team's headquarters in Grove, Oxfordshire.  Several reports went so far as to suggest that Raikkonen had entered preliminary negotiations with the team.  However, the team refused to comment on the reports, with driver Rubens Barrichello dismissing them as rumour and speculation.  On 29 November 2011, it was announced that Raikkonen would be returning to Formula 1 in 2012, signing a two-year contract with Lotus.
On 29 October 2012, Lotus F1 team confirmed that Raikkonen would be racing with the team in 2013. The news came after several weeks of speculation that Raikkonen had several other options for 2013 including other forms of motorsport. On 17 March 2013 he won the first race of the season, the Australian Grand Prix despite starting from 7th, thanks to a two-pitstop strategy, and he also set the fastest lap of the race on lap 56. He described the victory as one of his easiest races