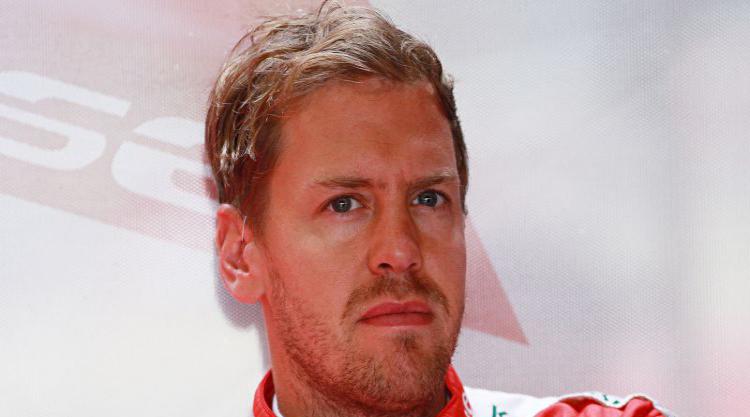 In 2010 he became the youngest driver ever to win the championship and also helped Red Bull win their first World Constructors Championship - in addition he holds several other 'youngest' F1 records.
Vettel began karting at the age of 3 and started racing karts in 1995 and the age of 8.  He was accepted into the Red Bull Junior Team at the age of 11, winning the Jnr Monaco Kart Cup in 2001.  In 2003, he upgraded to open-wheel cars and won the 2004 German Formula BMW Championship with 18 victories from 20 races.
In 2005 he drove for ASL Mucke Motorsport in the Formula 3 Euro Series. He was placed fifth in the final standings with 64 points, winning the year's top rookie honours. He tested the Williams FW27 Formula One automobile on 27 September as a reward for this Formula BMW success. He then went on to test for the BMW Sauber team.
Vettel finished as runner-up in the 2006 F3 Euroseries, behind series leader and team mate Paul di Resta. He also made his debut in the Formula Renault 3.5 Series at Misano, winning after Pastor Maldonado was disqualified. At the next round at Spa-Francorchamps, however, his finger was almost sliced off by flying debris in an accident, and he was expected to be out of racing for several weeks. Nevertheless, he managed to compete in the Ultimate Masters of F3 at Zandvoort the following weekend, finishing in sixth place. He also set the third-fastest lap time, and it surprised his ASM team boss Frederic Vasseur. Vasseur said: "I was impressed for sure, because at the beginning of the week I was sure he wouldn't race! But he showed good pace from the first practice session. I can't imagine he's 100 per cent but at least we know we can be competitive in the next F3 Euroseries round at the Nurburgring next weekend – that's important."
Vettel competed in the Formula Renault 3.5 Series in 2007, and took his first win at the Nürburgring. He was leading the championship when he was called up to Formula One permanently. His seat was taken by Michael Ammermuller.

BMW Sauber (2006–2007)
Vettel became BMW Sauber third driver at the 2006 Turkish Grand Prix, when former incumbent Robert Kubica was called up to replace Jacques Villeneuve for the 2006 Hungarian Grand Prix.  On his testing debut, Vettel set the fastest time in the second Friday Free Practice before the race.  In his second testing session in the 2006 Italian Grand Prix, he set the fastest time in both Friday practice sessions, a race weekend in which all the BMW cars were quick, with his predecessor Robert Kubica finishing on the podium in the race.

Toro Rosso (2007–2008)
On 31 July 2007, BMW released Vettel to join Red Bull's Scuderia Toro Rosso team, replacing Scott Speed as one of its drivers from the Hungarian Grand Prix onwards. He earned approximately US$165,000 for finishing the season with Toro Rosso.  Before the race, it was also announced that Vettel would drive for Toro Rosso in 2008, alongside Sébastien Bourdais.
Vettel struggled for his first couple of races while cutting his teeth with his new team, but managed two impressive drives in his 5th and 6th drives for Toro Rosso, a team that was averaging a little worse than 14th place in the 2007 season before Vettel's arrival. In the rain-hit Japanese Grand Prix at Fuji, Vettel worked his way up to third, behind Lewis Hamilton and Red Bull Racing's Mark Webber, and seemed to be on course for not only his but also Toro Rosso's maiden podium finish. However, Vettel crashed into Webber under safety car conditions taking them both out of the race and prompting Webber to say to ITV reporter Louise Goodman "It's kids isn't it. kids with not enough experience – you do a good job and then they fuck it all up." Webber also specifically criticized Lewis Hamilton's erratic behaviour in contributing to the accident, describing his antics behind the safety car as 'shit'."  Vettel was initially punished with a ten-place grid penalty for the following race, but this was lifted after a spectator video on YouTube showed the incident may have been caused by Hamilton's behaviour behind the safety car.  Vettel bounced back to finish a career-best fourth a week later at the Chinese Grand Prix having started 17th on the grid while in mixed conditions. He collected five championship points, making it both his and Toro Rosso's best race result.
Red Bull owner Dietrich Mateschitz stated his belief Vettel would be one of Formula One's big stars in the future. "Vettel is one of the young guys with extraordinary potential He is fast, he is intelligent, and he is very interested in the technical side."

Vettel competed in the 2007 Race of Champions at Wembley Stadium, representing the German team alongside Michael Schumacher.[80] Vettel and Schumacher won the Nations' Cup Title, after exciting finals. Vettel had to beat two RoC champions, Heikki Kovalainen and Marcus Grönholm, after Schumacher stalled his car. Vettel lost the individual competition however, in first heat, in his second battle against Kovalainen.
Vettel also competed in the 2008 Race of Champions, alongside Michael Schumacher. Once again they won the Nations' Cup Title after a close final against Scandinavia. In the Driver's Cup, Vettel beat Troy Bayliss in Round One, but lost to Sebastien Loeb in the Quarter-Finals. Again Vettel teamed up with Michael Schumacher for the 2009 RoC Nations Cup, which they went on to win in a run-off against the Great Britain team of Jenson Button and Andy Priaulx. In the 2010 edition, on home ground in Düsseldorf, Vettel again teamed up with Schumacher to win the Nations Cup for the fourth time in a row.  In the Driver's Cup, Vettel was eliminated in the semi-finals by Filipe Albuquerque, who went on to win the event.
In 2011, Vettel and Schumacher completed their fifth consecutive Nations Cup win, beating the Nordic team of Tom Kristensen and Juho Hänninen 2–0 in the final. In the semi-finals, Vettel had to beat both Andy Priaulx and Jenson Button, after Schumacher lost to Button. The year after, Vettel and Schumacher won their sixth Nations Cup title by defeating the French team of Romain Grosjean and Sebastien Ogier 2–0 in the final.